Where Is My Glycerin River?!

What is glycerin river?  In most cases it happens when you use water dispersible titanium dioxide to color your soap batter white and then the soap gelled.  Can't imagine it?  Here's a picture to show you: 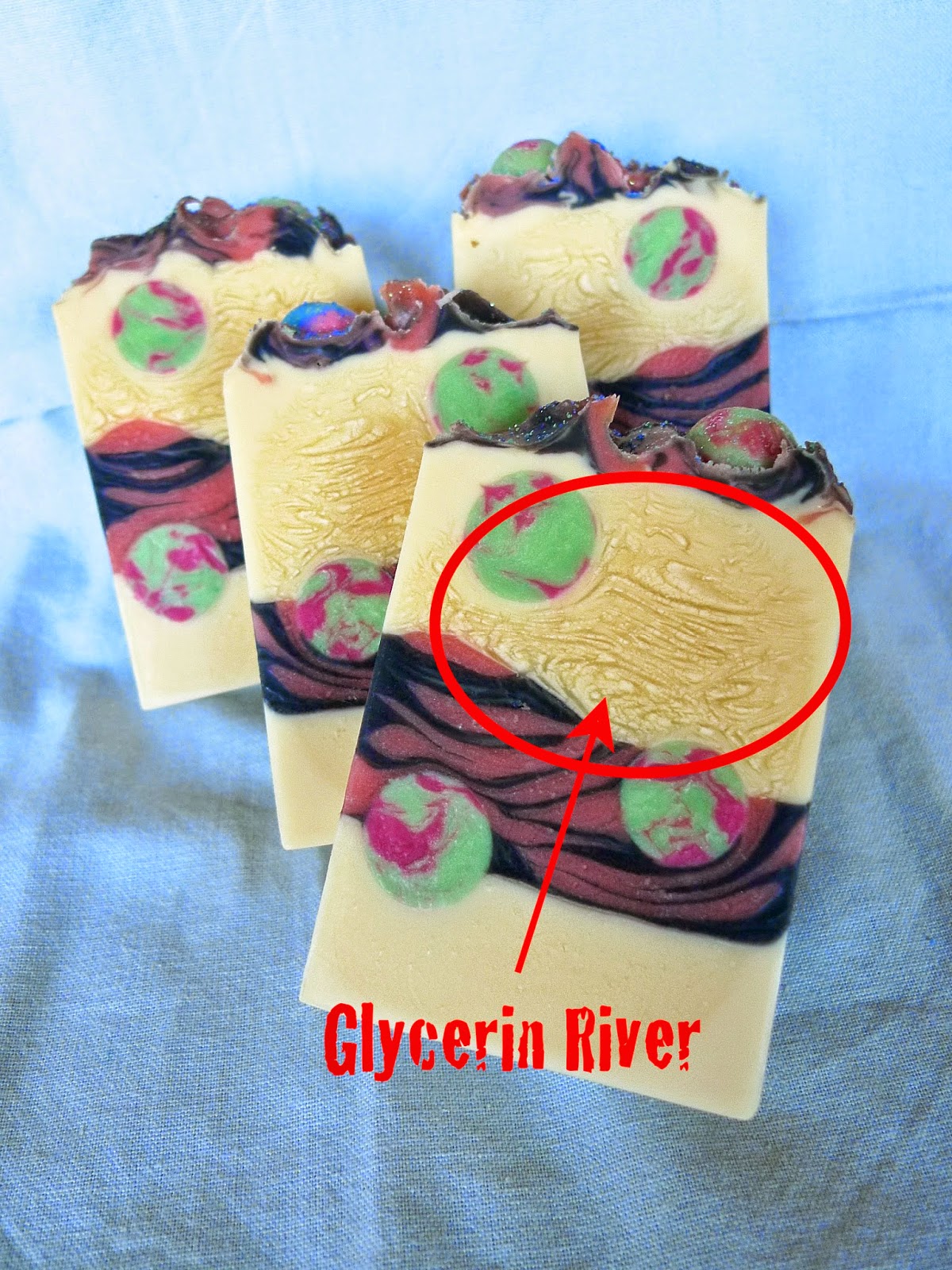 Most of us trying very hard to avoid it.  One of the trick is not to gel the soap.  Another trick is not to use water dispersible titanium dioxide, instead, use oil dispersible version.  If you don't like these 2 options, heavily discount your water when you make lye solution would work too.
But, what if I want glycerin river?!  Should be easy, right?!  Not in this case!
I had this grant design idea to mimic the cracking of Arctic ice like this picture: 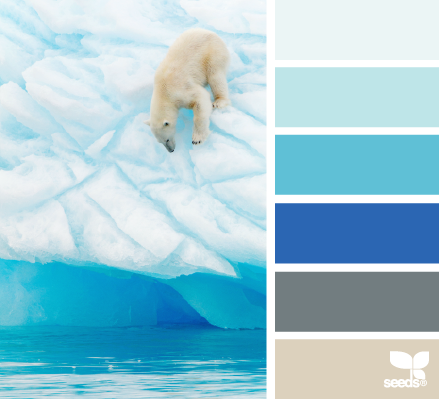 I soaped normally, didn't discount water, added descent amount of water dispersible titanium dioxide, even put it in the preheated oven to force gel.  So, where is my glycerin river when I intentionally tried to make it?! 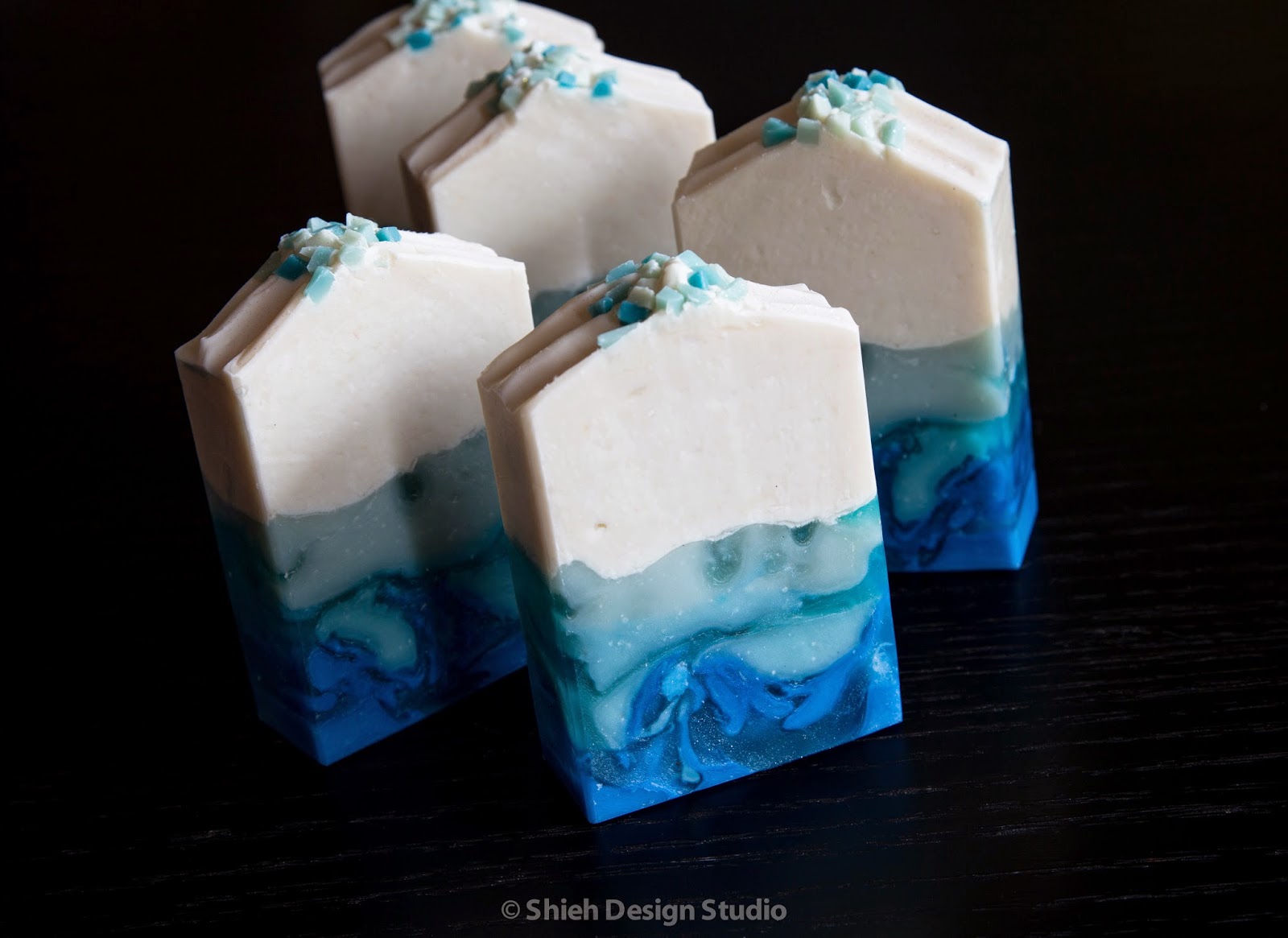 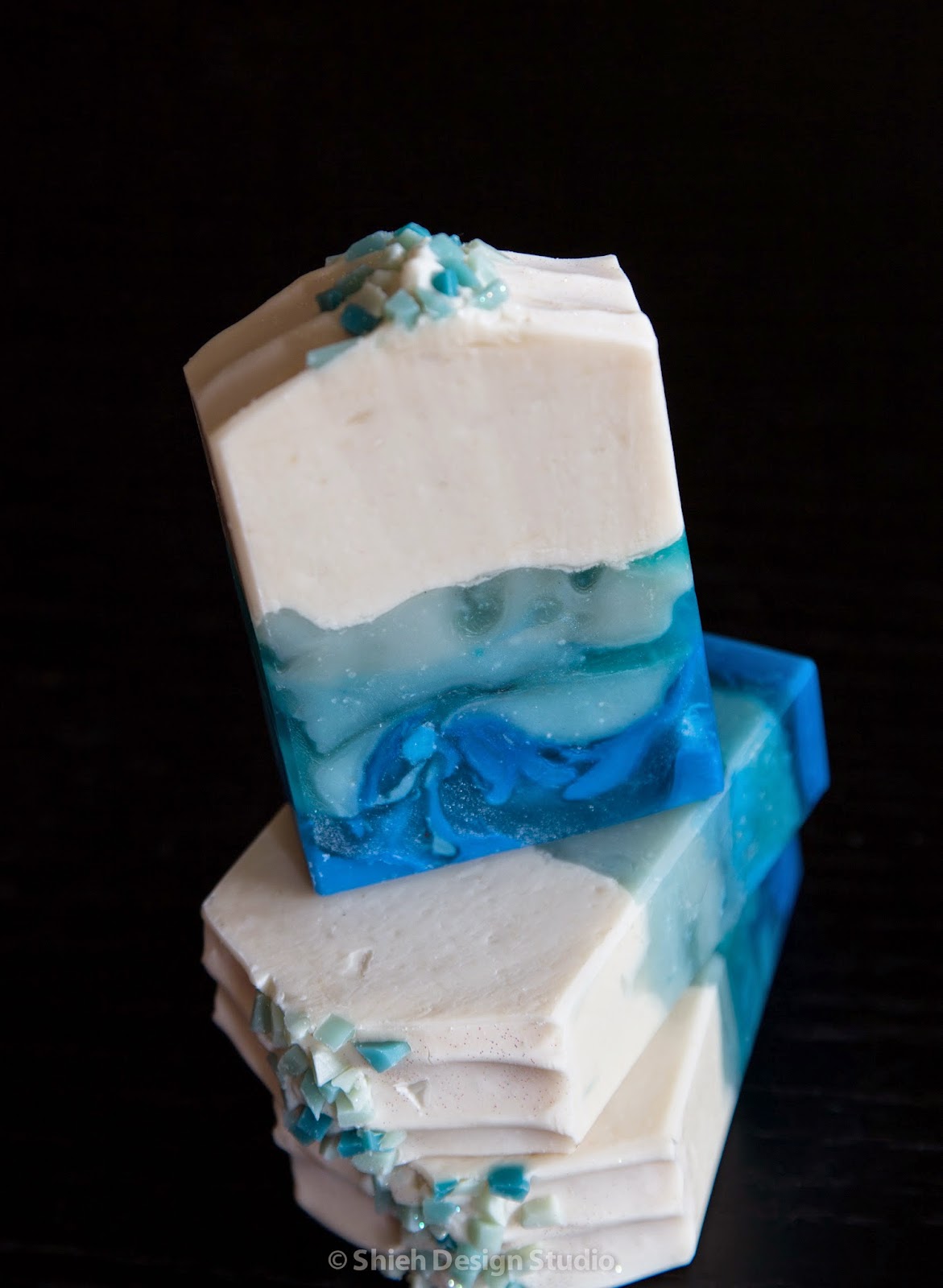 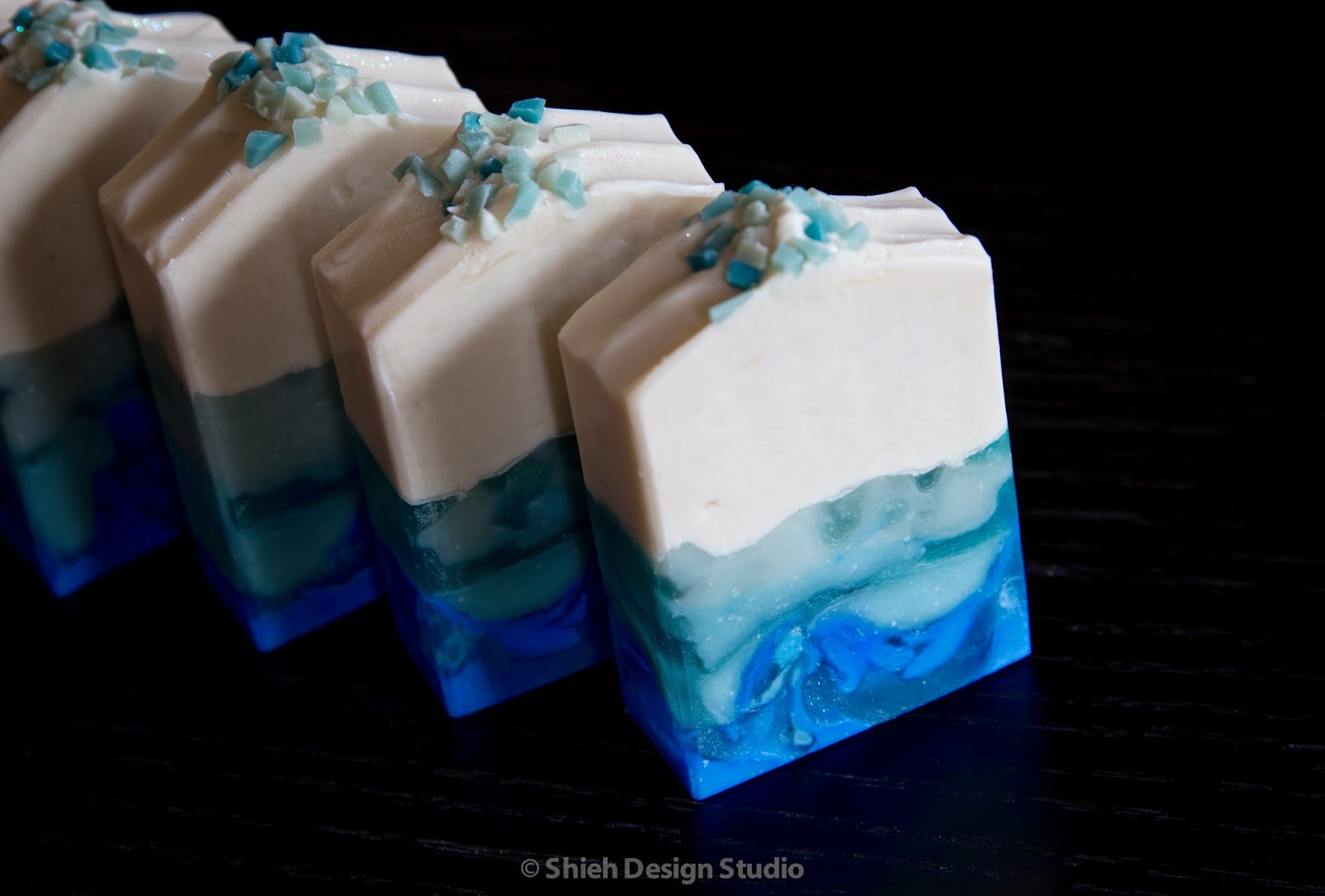 The only difference is I also used transparent melt and pour soap to swirl the bottom blue portion for water effect.  Could it be the melt & pour?  Melt & pour soap does contain lots of glycerin that why it tends to sweat in humid area.  Could that be the reason I'm not getting the glycerin river I wanted?!  There got to be a reasonable logic to this right?
Posted by Shieh Design Studio 8 comments

It's the end of summer, school has started, meaning time to plan fall soap projects!  Each year I would make pumpkin soap once, usually around this time.  I made a recipe just for this soap, the only recipe that uses pumpkin seed oil.  The virgin cold pressed pumpkin seed oil is rather smelly, not in a bad way, it's nutty and amber brown in color.  When I tried to put in my order for more virgin pumpkin seed oil I noticed the shortage in inventory.  The 2 suppliers I normally buy from had none this year.  The other suppliers who still carry it have priced it higher than what I would  like to pay for.  For  this soap I've used up the last bit I have left.
Previously I had been making pumpkin chai scented typical bar soap.  It's getting old and boring, time for me to revamp it this year.  While looking online for idea I found this photo on Pinterest, it's actually a real desert, a frozen yogurt cake: 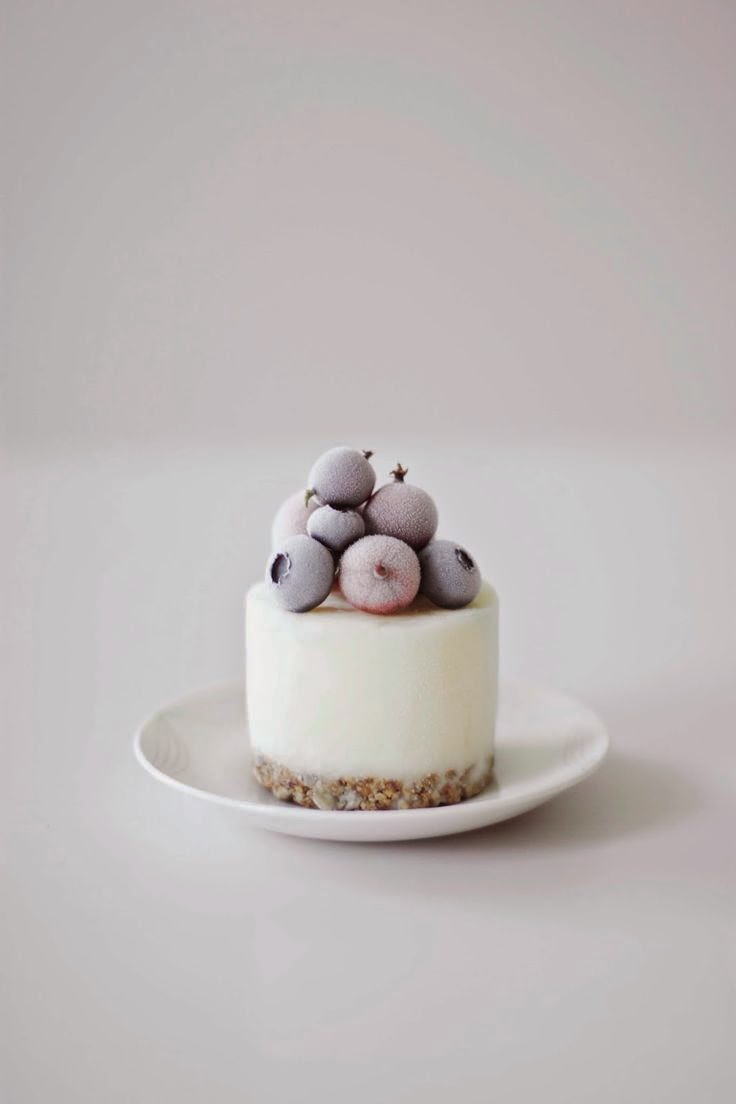 It is not in a typical cupcake form, rather simple and elegant!
If you are a soap maker you probably already know any pumpkin related fragrance contains a lot of vanillin (for smelling like vanilla) and that would cause soap to turn brown when exposed to the air, it's oxidation.  I picked a pumpkin fragrance that's more like sweet pumpkin filling without heavy spice and less vanillin.  How to work around the color is always the challenging part.  Anyway, to not bore you with details, I present you my version of pumpkin soap this year:
Pumpkin Cheese Cake Soap 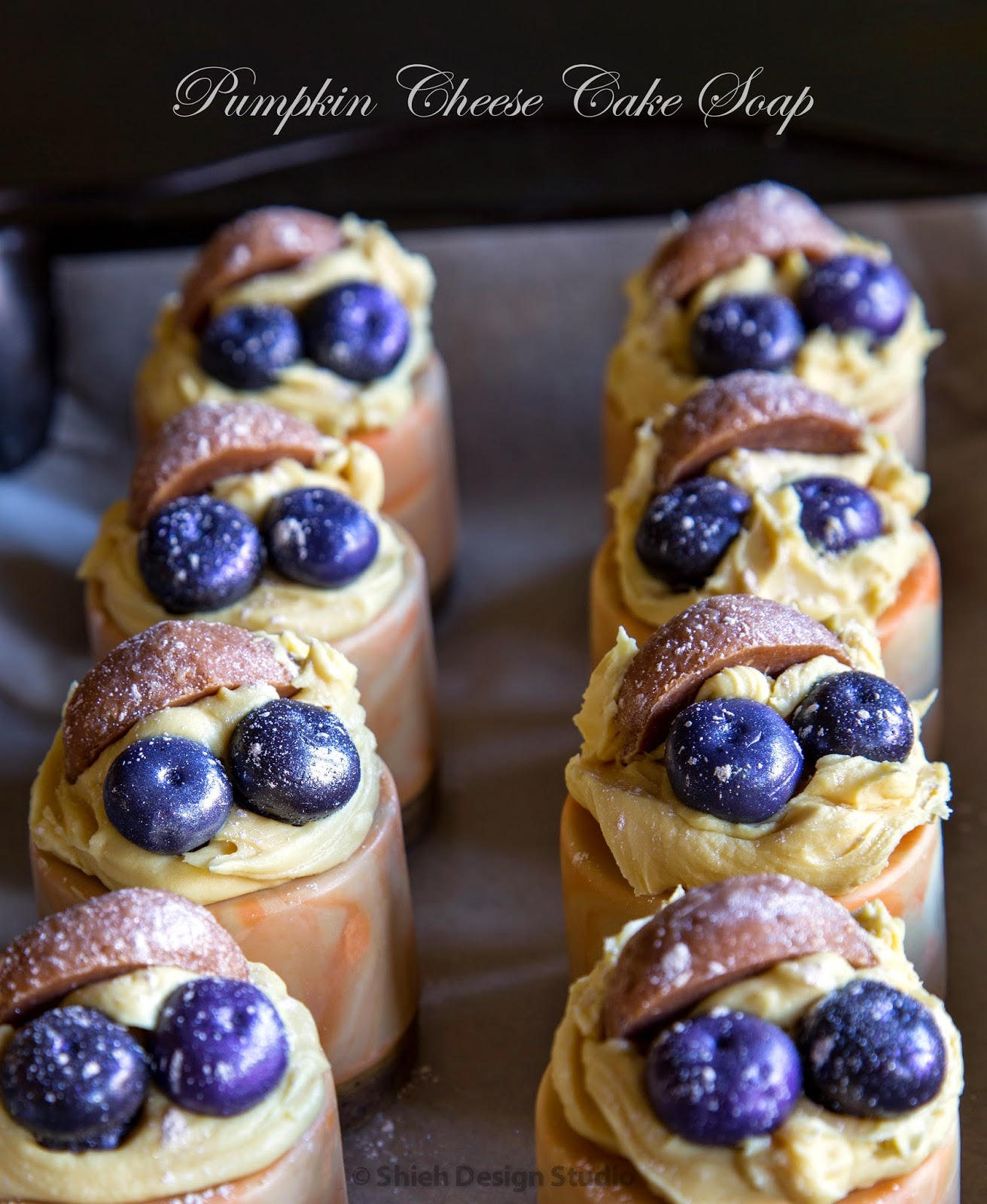 It's a rather time consuming soap to make, a 3 days project!  Day 1, I had to make the cheese cake middle first, unmold it and cleaned it up to dry.  Day 2, made the brown crust, put the cake back into the mold on top of the crust.  Reason for this extra step is to cover the day one's ugly uneven soap top by placing it up side down into the mold to adhere with the brown crust. 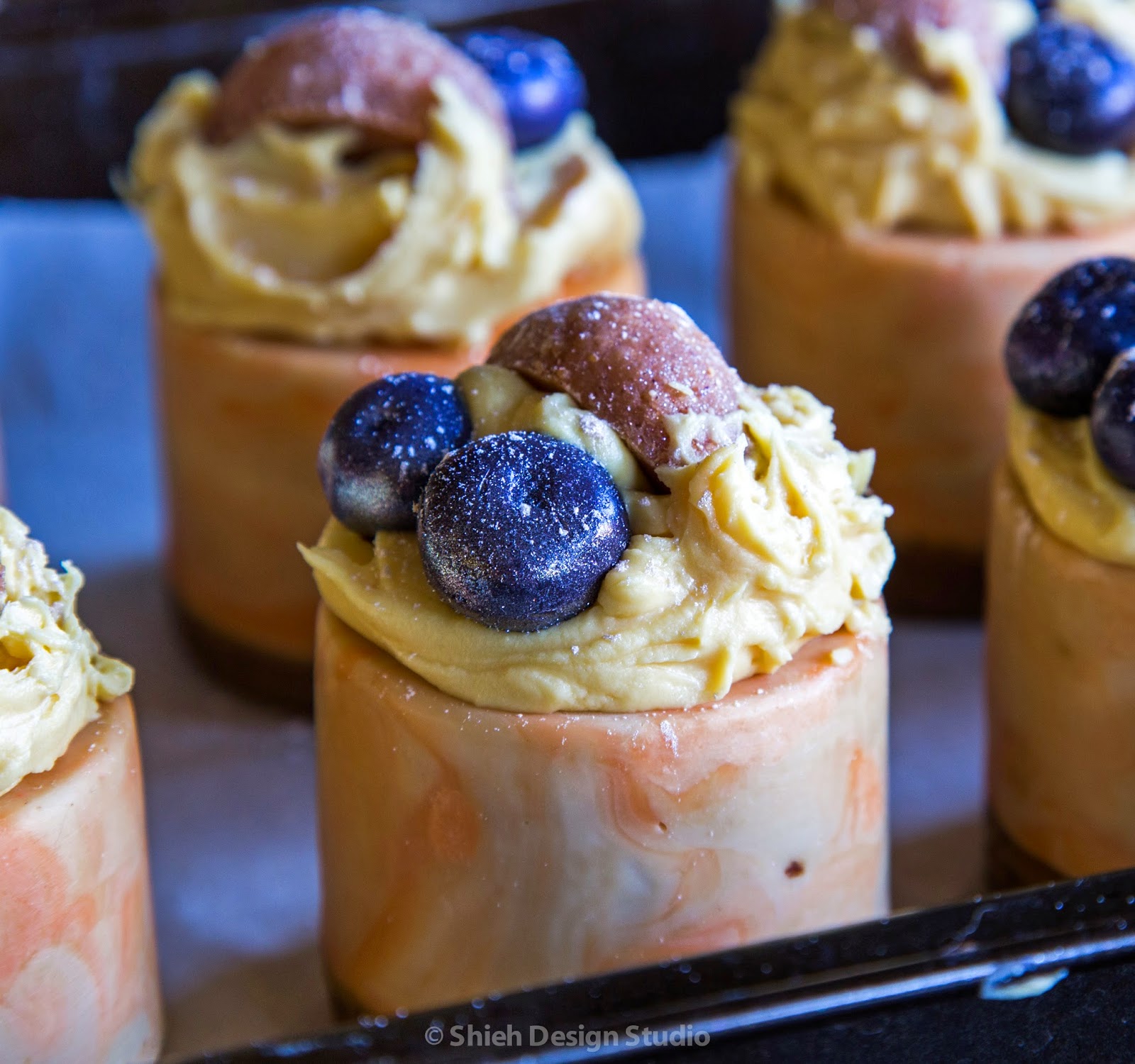 Day 3, final dress up, this is the part it didn't go as planned. Day 2's brown crust did not adhere to the cheese cake part well, it left gaps.  I had to make extra soap batter, split it to make the brown crust again to patch up the gaps.  By the time I was ready or the cream topping the batter got too thick to drizzle... sigh.  Oh well, plan B is not unusually in my soaping kitchen. 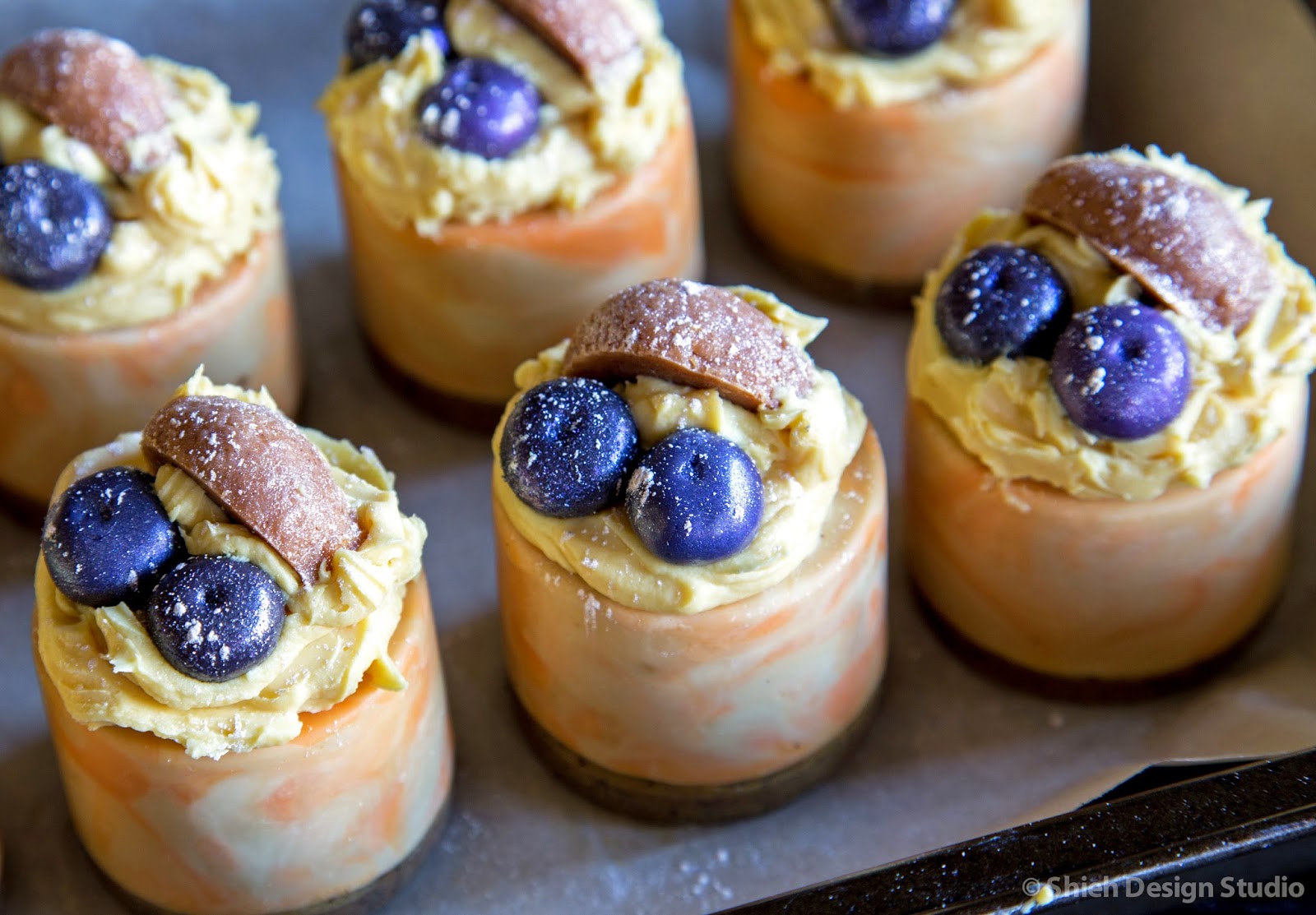 Dusting it with pearl white mica is like cherry on top, make it have this powder sugar look, totally realistic!
The only problem is, days later the soap still turned brownish... sigh.  I just can run away from browns... 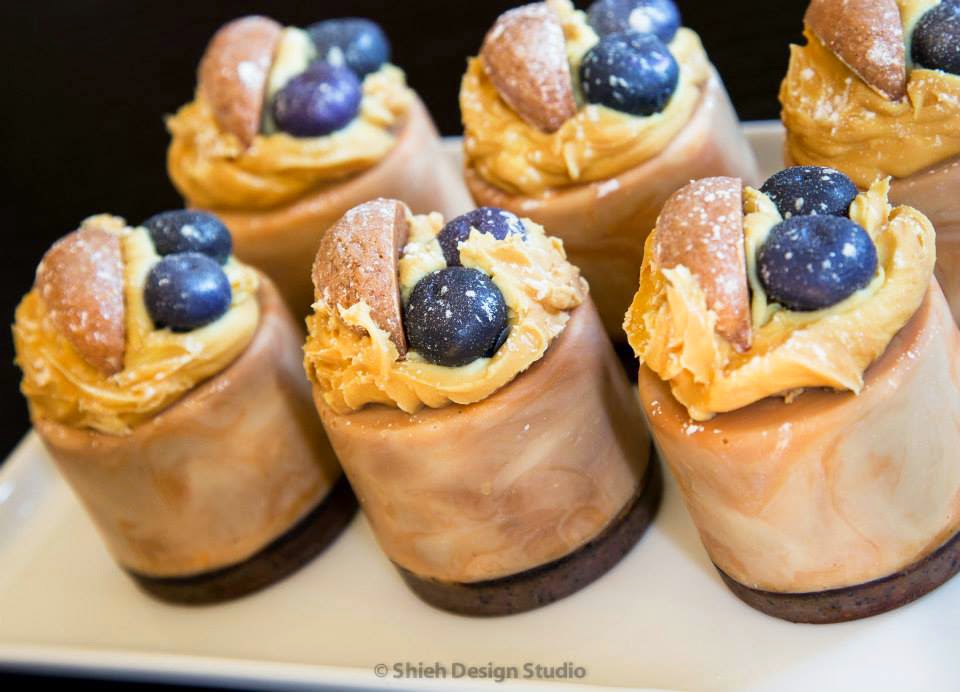