Aleppo Soap refers to savon d'Alep, or laurel soap, or Syrian soap. It was said to be originated from Southwest Asia Levant region (around Lebanon, Israel, Syria, etc.) then moved into Europe. It was usually done by hot processing 100% olive oil then infused with laurel berry oil at the end before molding into it's final shape.  Aleppo soap needs a long curing time, from 6 month to a year, like aging a good red wine, the older the better.  It usually starts with natural green color and aged into more rustic olive khaki shade.  The percentage of laurel berry oil used in the soap can range from 2-30%.  Obviously the more laurel berry oil content the more expensive the soap would be.  Laurel berry oil is not easy to source here in the US.  I've only got a small jar from one of my soaping friends.  I decided to make my version of Aleppo soap (cold process) using 20% of laurel berry oil and 80% herbal infused olive oil. 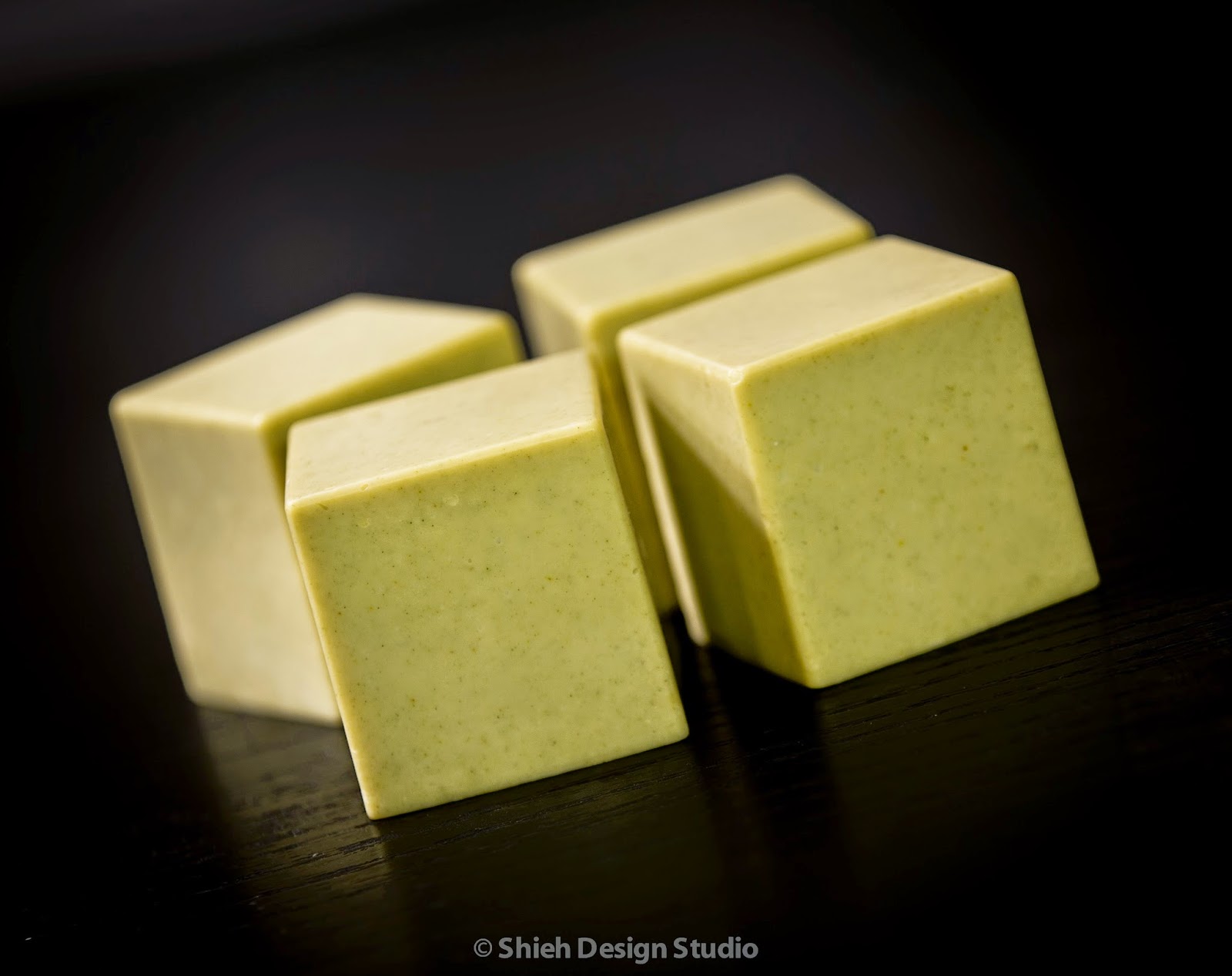 I was afraid I would end up with dull khaki green so I decided to add a pinch of nettle leaf powder and chlorella to help the green color along. 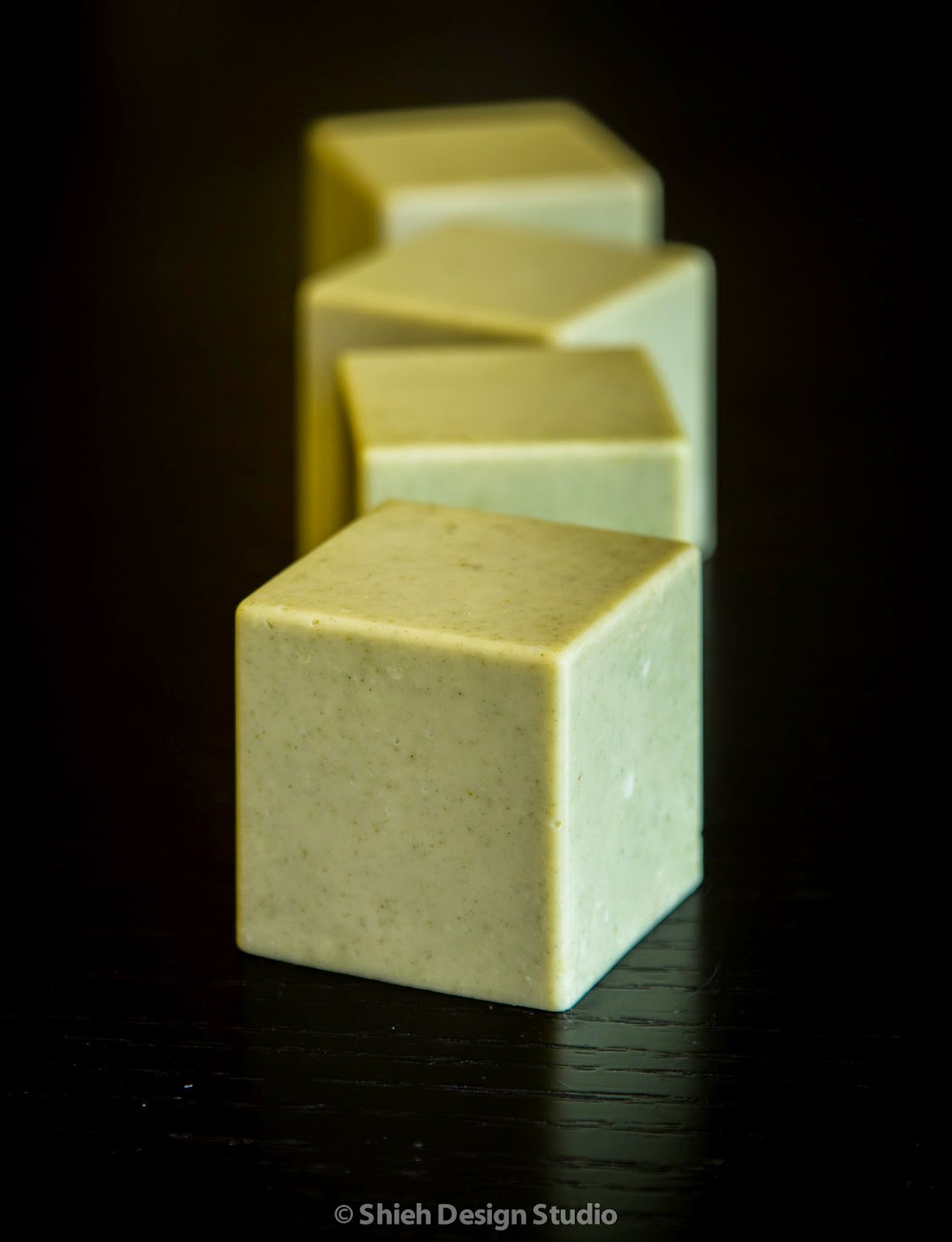 Here are some interesting observations I got from making my very first Aleppo soap.  The first impression of laurel berry oil is that it smells a little like rotting herb, or dirt mixed with garden herb.  I wouldn't say it's a pleasant smell but it does not stink as much as carrot seed oil or neem oil thank goodness!  The smell is so strong it really troubled me on what to add to "compliment" or deter the original scent.  I finally added a little bit of sage and sandalwood fragrance into the batter hoping the rotting herb scent would mellow out a bit.  The 2nd impression is that it sure is a very thick oil, almost like a mixture of paste in oil.  What surprised me the most is when I poured in the lye solution and started stick blending the mixture.  Usually high olive oil recipe takes much longer to reach trace (emulsification between lye & oil).  But this one went kind of fast, within a minute (or less) the mixture is emulsified and started to turn a little gelatin like, shinny and appeared slightly translucent.  I had to hurry and pour into the mold.  I swear I was doing it as fast as a soaper can be but it still solidified faster than I expected, during the pour!  And I was only making 4 cubes!!!  At the end I had to use a spoon to pulp and push it into all corners of the mold trying to avoid any air pocket forming. 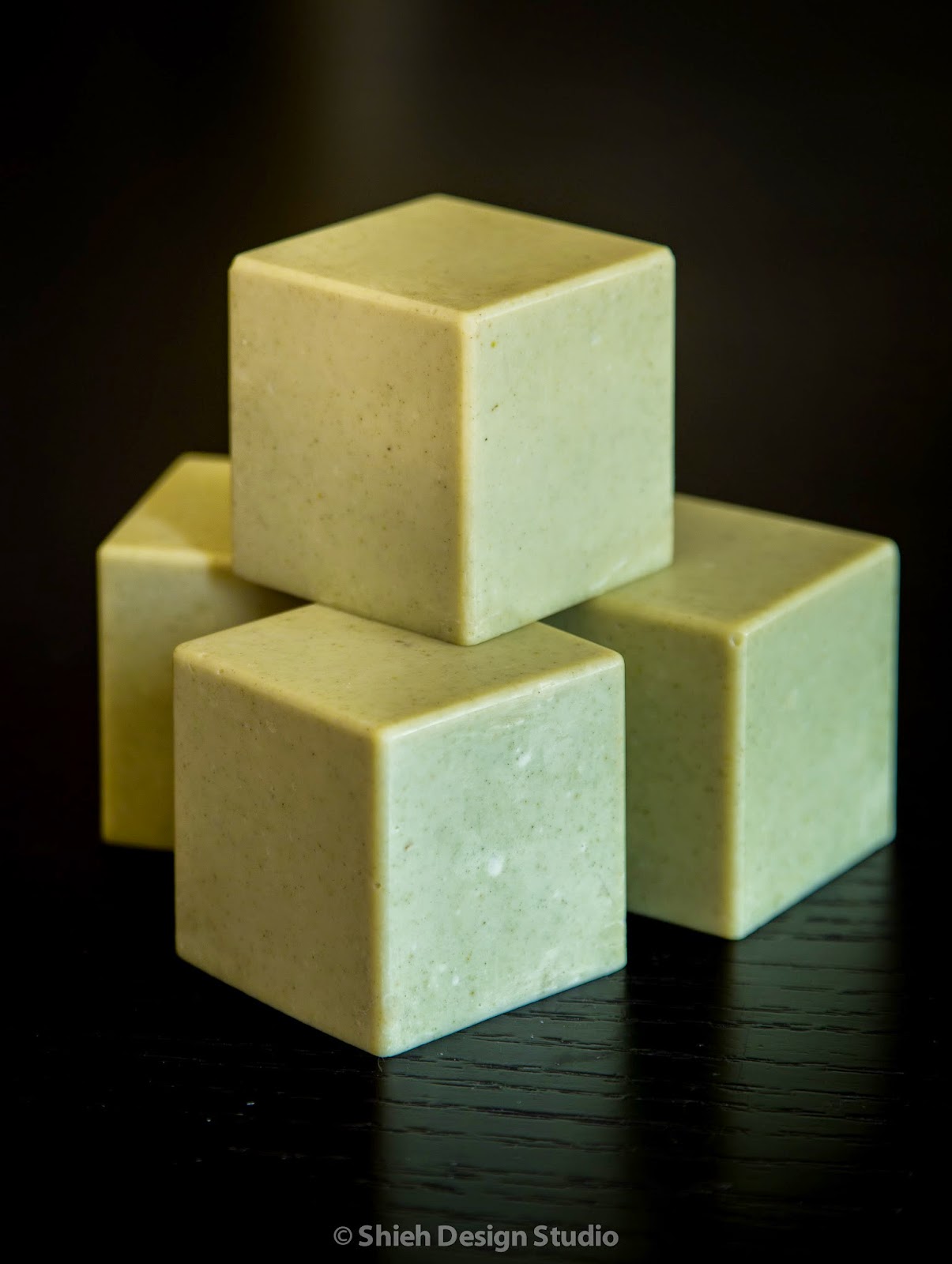 After only a few days of curing I got impatient and took the scrap from the soap pot to do a test run under my kitchen faucet.  I can't say I'm not disappointed that it did not lather much.  It does not feel slimy like most of the high content olive oil soap, it feels very astringent, no wonder this kind of soap usually need to be cure for 6 months to a year.  I will have to stash these away, at somewhere I don't usually visit, or curiosity will kill this cat fast, I won't be able to keep my hands off these cubes!
Posted by Shieh Design Studio