This is another layered soap, with different soap though!
I could just buy V8 juice from any supermarket, soap it and be done with it, but then what's the fun of that?!  Besides, market V8 has other additives for taste, not necessary what I want in soap.  V8 soap sounds good doesn't it?  It gives people an upscale perception that your skin is getting a multivitamin boost by showering.  No one needs to know the truth of the story behind creating this soap, wink wink*  The truth is, I bought too much produce and some of them are on the urge of going bad...  So, throw the them all into soap, that's the best way to 'dissolve' the 'left over'! 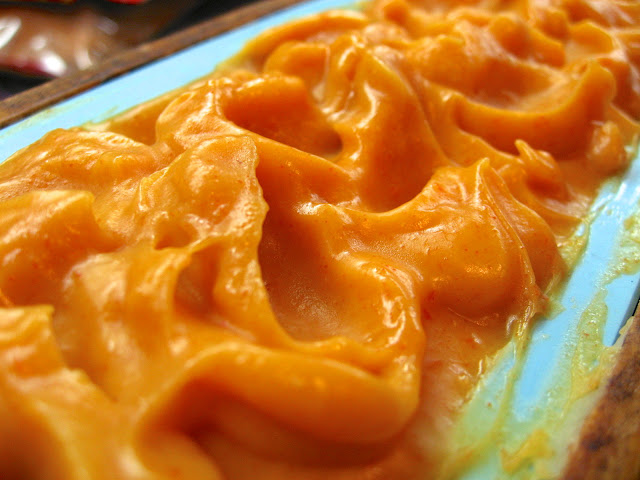 This soap is actually done in 3 stages, carefully planned.  I could just throw all of them in in one shot but then I probably get muddy brown as the end product, who wants to wash with that?!  It wouldn't even be appertizing to look at.
Stage 1, I pureed cucumber in soy milk and strained the pulp then freeze into little ice cubes.  Used that to dissolve lye and made a small batch of cucumber soy milk soap.  The next day I pureed the left over carrot, strained the pulp, mixed with left over tomato paste then freeze into ice cubes too.  Stage 2, I pureed over rippened banana in low fat buttermilk (also left over from weekend brunch party) and made a small batch of soap to pour into the bottom of my regular mold.  I sliced up the cucumber soy milk soap and embedded into the banana buttermilk soap.  Stage 3, used the tomato carrot ice cubes to make final small batch of soap to cover the embeds and top it up. 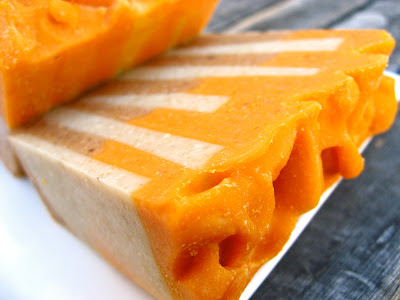 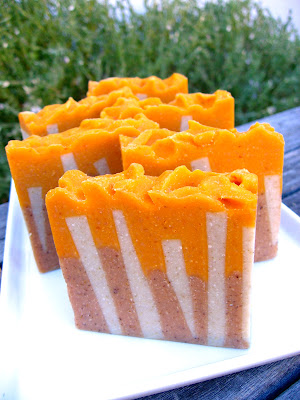 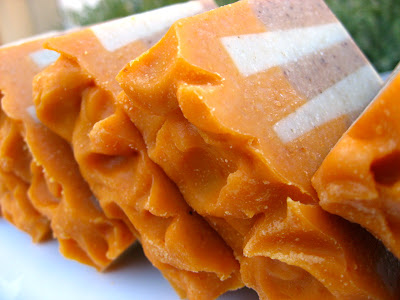 I poured the left over into small individual mold and they came out so yummy like dense moist pieces of carrot banana cake! 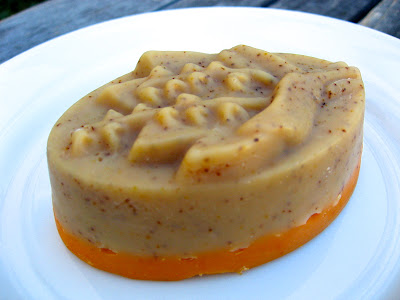 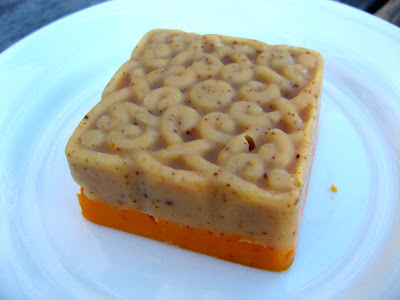