It has been good 4 weeks since the soap samples were made.  For those of you who just happens to join me for the little experiment, please refer back to my previous blog post for Part 1: Castor Oil Soap Experiment Part 1 of 3 for details.
I cut one sample per block of soap #1-3, each has similar dimensions and same weight in grams.  They all started out 30g each and now after 4 weeks they have been shrunk to 27g each.
Soap #1: made with 25% castor oil 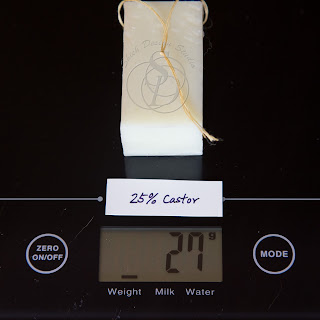 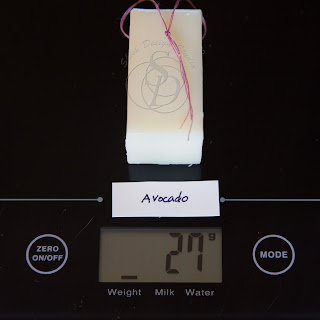 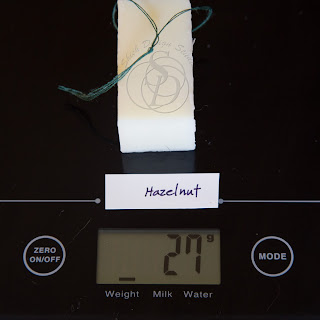 I simply took a sewing needle and went through the top of each sample to attach a color thread then hang them in each glass container with 300g of my tap water. 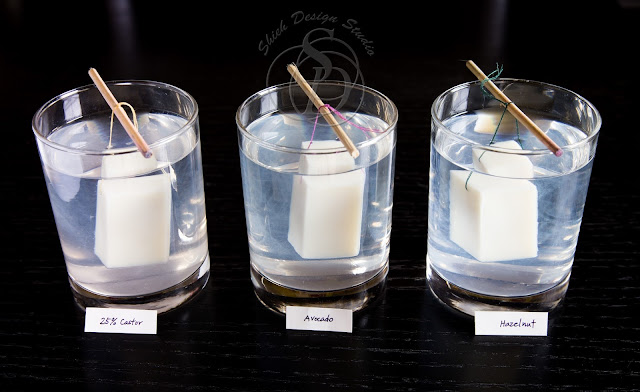 My observation is that Soap #1 has been dissolved a lot, just in the short period of 2 hours, while the other 2 samples actually gotten swollen.  I weighted them at 2 hour mark and surprisingly Soap #2 & 3 actually gained weight!
Let's look at the chart:

I had to give up after hour 24 because even around hour 18 the soap containing 25% castor oil was hard to pick out of the glass because it's almost totally dissolved, see photo below: 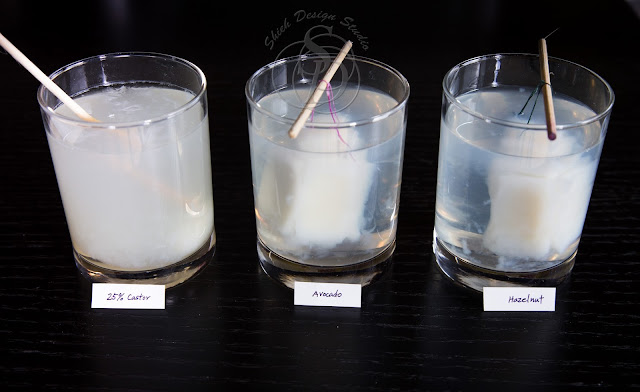 The soap water from the 25% castor oil soap lathered well at least!  Next post I will show the blind testing result chart from my blind testers.
Posted by Shieh Design Studio