It is said that soap is like a good wine, the older you cure, the better it gets.  Now, is that really true?  As curious as I am, of course I have to do an experiment to prove it right, or wrong.  I dog out a bar of soap which I made back in 7/18/2010 according to my soap log.  As far as I can remember, that's probably the first batch I ventured into mixing different fragrances.  It is a mixture of Indian Sandalwood and Tuberose Moss, both from Bramble Berry.  I opened up my old file of that soap recipe and made an exact batch again, with the same % of fragrance and superfat.  Well, I can't tell you which one is new and which one is old.  I will line up some testers.  I want true honest answer without any existing perceptions of any kind.  We shell see. 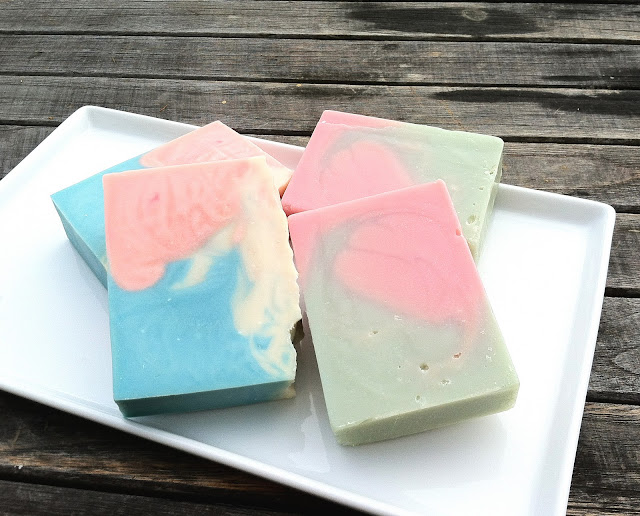 Looking back at my old recipe, now I have no idea what I was thinking, what a strange recipe I made...
Olive oil
Rice bran oil
Apricot kernel oil
Palm kernel oil
Palm oil
Shea butter
Coconut oil
Castor oil
Posted by Shieh Design Studio