River Rocks, at least that's what I think I was making!

Last week I attempted making M&P rocks.  It came out ok, not spectacular, but acceptable.  This week, I moved on to using other medium to make more rocks!  I wouldn't call this rebatch since I didn't really melt it in heat.  It's more like I made some CP soap, shredded up finely within a week while it is still relatively soft.  I shredded one bowl of ivory white with some peach swirl, and an other bowl with pink, red, and black.  Then I just randomly took globs with my fingers from both bowls and kneaded into organic rock like forms.  Well, at least I think that's what I was making!  After letting the rocks dry out a little, I took them to the sink and gently tumbled them under warm water.  Now they carry slight sheen on the surface like river rocks. 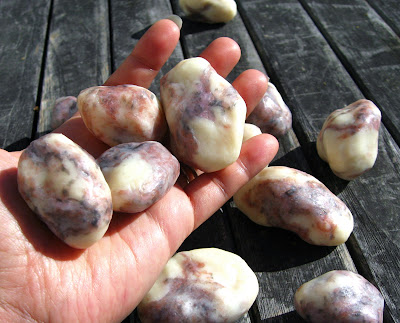 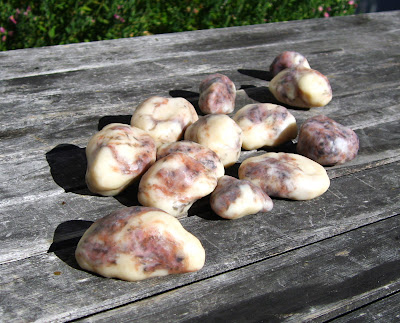 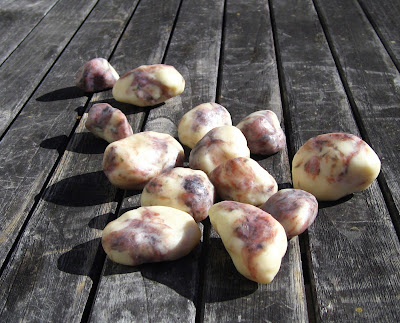 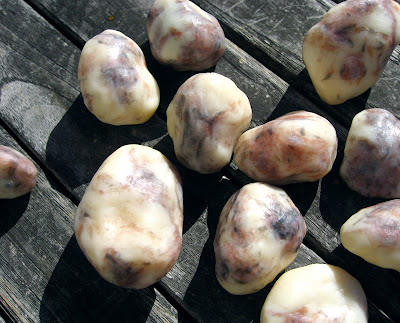